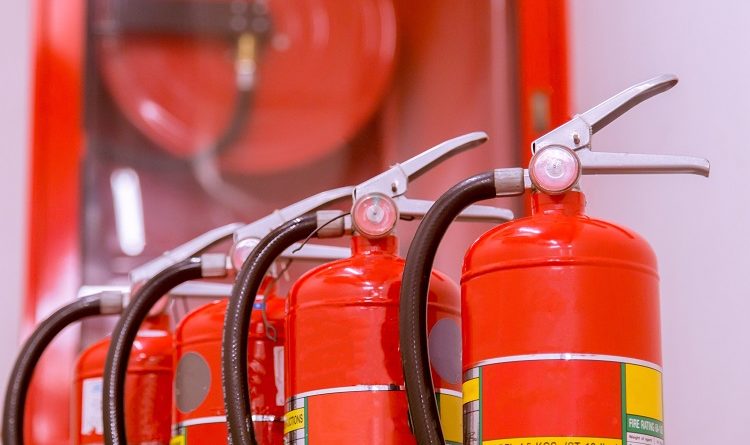 Today fire hazards are becoming less and fewer thanks to our awareness and numerous health and safety regulations in place. In the workplace, in many countries, the law forces employers to install fire alarms, smoke detectors, and water sprinkler systems to protect employees.

Being able to attend to fire as quickly as possible is extremely important whether there are people in the building or not. Preventing a fire from burning too long means reducing the damage fire can cause as well as stops it from spreading and causing damage to other properties. Fires have been known to spread to other buildings in the most unexpected ways including catching nearby trees alight which in turn spread the fire to other trees and to other buildings.

In order to make sure your home or workplace is protected, we are going to provide you with some tips to give you an idea of which systems you can use and precautions you should be taking. You can also check out GoCanvas fire alarm app checklist.

Fire alarms systems should be in place in all workplaces. These can be leavers people pull or buttons that can be pressed after breaking a seal to alert everyone in the building of a fire. This is the number one system any business should have in place but not always a practical system to have at home. That being said, if you do manage to install a fire alarm activation unit in the rooms in your home then great!

Many of today’s fire alarm system has Android and iOS apps that sound off an alert as well as SMS to the user’s phone if the alarm is triggered. This means while an office may be closed, the person in charge.responsible for the building will be alerted and will be able to alert the fire brigade if there is a fire.

Take away: Fire alarms are not needed in homes as much as they are in business environments or large buildings.

That said, you can just ensure that your smoke detectors are strategically placed without having to have one in the kitchen. If there is a fire in the kitchen, then smoke will be detected if one is placed next to the kitchen door if you have one. This way the door can be closed while cooking. It is important to leave the door to the kitchen open at night just in case.

Always make sure that the smoke detectors are tested regularly or you could find yourself relying on a piece of equipment that is actually out of action.

Take away: Both homes and workplaces should have smoke detectors, which need to be checked regularly to make sure they are working and battery operated devices have fresh batteries.

Making sure that the fire extinguishers are in an easy to get to the place is imperative. There is no point in keeping it out of sight or putting it in a locked cupboard. You would be surprised at just how many people have done one or both of these things.

Always keep the fire extinguisher in one place at all times so everyone knows where it will be in case of a fire. Once again, it is surprising to see how many people will move their fire extinguishers around. That really is not helpful to the people that did not move it. The faster anyone has access to a fire extinguisher the better.

Also, make sure that the fire extinguishers are regularly checked. This is important because if you have an extinguisher that does not work, then you have lost your number one tool for extinguishing a fire. A faulty fire extinguisher could be the difference between a fire spreading and keeping a fire under control.

Take away: Both homes and workplaces should have fire extinguishers that are regularly checked.

These are the 3 most important fire prevention tools you can employ to limit the risks that are associated with fire. Managing all of these comes with a very heavy responsibility that should never be underestimated. Even though there may never be a fire, it is the times in which overlooking checks or not sticking to the rules when fires seem to break out. Always assume the worst and be prepared and you will always be protected and ready in case of a fire.

For more information in fire alarm installations and fire safety, check out First Contact Fire and Security in Hamshire.