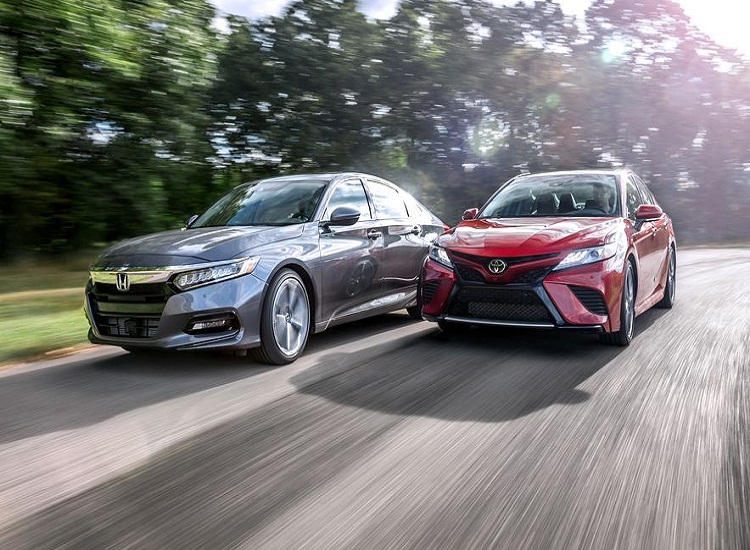 Sedans have always been a status symbol for Indians and the rising population of sedans in India is proof of that. Even the sub-four-meter sedans which are more or less similar to hatchbacks sell in great numbers just because of their three-box look. In this article, we try to name the top 10 Sedan Cars in India which have found their way to success.

The car will always be credited for bringing the concept of sub-four metre sedans in India. This homegrown product from Tata took the market by storm and became the new affordable status symbol in India. In the past few years, the car has undergone hardly any changes and has now been defeated by new segment leaders. The car is available with petrol and diesel engines.

Following the footsteps of Tata, Maruti also ventured into the sub-four-metre sedan segment with their new gen Swift Dzire. The new Dzire with its premium interiors, powerful and efficient petrol and diesel engines became the new segment leader in quick time leaving Tata a long way back in the race. The Swift Dzire is currently one of the best sedan cars in India.

Seeking potential in the sub-four-metre segment, Honda for the first time, prepared a practical sedan out of a hatchback. The car resulted in an instant hit for the company with its powerful diesel engine and soon became the reason for the cut down in the waiting list of the segment leader, the Maruti Suzuki Swift Dzire.

Known for their quality and reliability, Toyota came up with their first ever entry level sedan in India, the Etios, which had conservative looks but the trust of Toyota Engines. Both petrol and diesel engines compensated for its reserved looks with their efficient and powerful performance making it a complete value for money vehicle.

The car might not have been very popular till now but, with the new gen Linea, a lot of buzz has already been created in the market. With its spacious dynamics, superb ride and handling, the car aims to win the hearts of Indians.

The Sunny became Nissan’s first car in India to register good sales numbers. With extremely spacious interiors along with a powerful diesel engine, the Sunny proved to be a good option for those who were looking for a premium mid-size sedan car in India.

The Fluidic Verna has surely become Hyundai’s best sedan car in India till date in India. The long list of first in class features and new, powerful 1.6 litre petrol and diesel engines gave it an upper hand over all its competitors and, even today, after the entry of many new models, this car is still one of the best selling cars in India.

The City remained the best selling mid-size sedan in India for a very long time. It lost its throne only when people found it disabled without a diesel engine. Now, the new City is back with many premium features and the much needed diesel motor. It now has a high chance to again become the best sedan in India with a large number of happy owners.

The Vento is known for defeating the segment leader, the City with its solid German built quality and powerful diesel engine. Its premium fit and finish instantly grabbed the attraction of Indians and, as a result of that, it soon became the segment leader.

The Rapid is a result of cross badging and is more or less a Skoda version of the Vento with the nose of Skoda Fabia. The Rapid became the most affordable sedan of Skoda in India and soon gained popularity with its elegant looks and powerful, reliable engines.

All these sedans have proved themselves from time to time and are still fighting hard to maintain their position in their respective segments. Performance, efficiency, reliability, and space are some of the key characteristics of these cars which have helped them to be the best sedan cars in India. With the increasing population, it will be interesting to see how many of these cars will be able to make their way to our next list of top sedans in India.

Find your next used bmw x1 cars for Sale Maidenhead, browse through the cheapest used listings and the largest selection of Used BMW Cars in Maidenhead at www.autovillage.co.uk.